The Lord has placed me here! 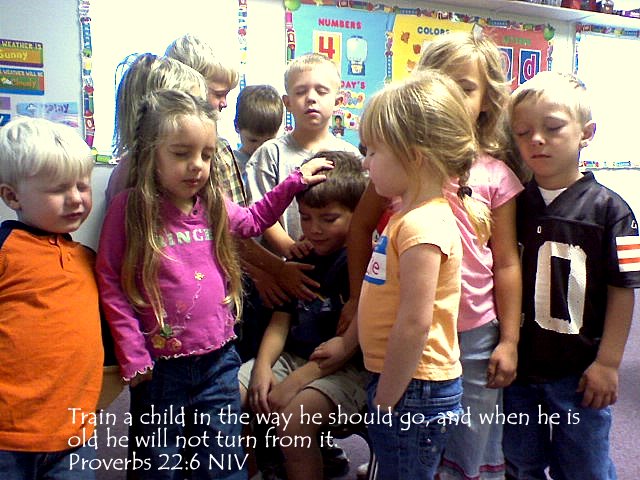 Many times, people have asked how I came to become the Office Manager of my church, and I am always excited to tell that God placed me here.

Back in June of 2005, I was working in downtown Columbus as a Medical Laboratory Specimen Processor. The company manager had unexpectedly passed away the previous year which led to a downward spiral. Shawn and I had just built our first home and Grace was 6 months old. When the company shut their doors, I was left without a job. Do to the fact that the company closed, I was eligible for unemployment benefits. It did not amount to much, but it helped pay the bills.

Upon being let go from my job, I immediate began applying for jobs in and around the Columbus area. I had a few job interviews, but nothing was really panning out. I knew that whatever job I took would need to pay enough for me to afford daycare, otherwise it wouldn't be worth working outside the home. I needed to work outside the home, because like I said earlier we had a mortgage to pay. I needed to find it soon, my unemployment was due to run out in November.

Late one evening in October 2005 Shawn and I were just settling in for the evening when the phone rang. It was about 8 or 9 o'clock at night. Who would be calling at this hour? I picked up the phone and said hello. The voice on the other end was my Pastor. I thought what in the world would he be calling me for at this time of night. Shawn and I had only been attending this church for 2 years and were not super involved.

Pastor Ron proceeded to explain to me that the church was looking for a new Office Manager and that he thought that I would be a good fit for the job. I remember that moment like it was yesterday. I was standing in the dining room beside out kitchen table. I remember saying something like "How did you know I needed a job?" His response was "I didn't." You see Senior Pastor and my Associate Pastor had a need. They sat down with the church directory and prayed over it (they told me this later). They believed that the Lord would guide them to the right person to fill the position in the church office. The Lord gave them my name!
- They didn't know that I was out of work!
- They didn't know I was even looking for a job!
- They didn't know that my unemployment was about ready to run out!
- They didn't know that I needed daycare for my child!
- They just knew that the Lord guided them to me and they were being faithful.

I said to Pastor Ron, "well, I have a baby and I will have to find daycare for her......" And he said "that is included!" Can you believe that? The Lord is so good! Not only did he provide me a job, he provided me with Christian daycare for my baby! I could not have dreamed of a better scenario. I get to work with Godly men and women everyday, in a workplace that is positive and encouraging. My children are here in the same building with me being taken care of by awesome women of God who are teaching them the ways of the Lord at a very tender age. For many many reason, I say today that I AM BLESSED!

By the way, the picture above was taken by Mrs. Linda, Grace's Pre-Kindergarten teacher a couple days ago. Grace asked if she could pray for her classmate! I can't even imagine how these sweet little boys and girls are pleasing the Lord.

I am where the Lord has placed me!

Are you where God wants you to be?
Has the Lord worked in an awesome way in your life?
If so, I would love to hear about it.